On
September 26, 2011 Governor Deval Patrick signed into law the sweeping Alimony
Reform Act of 2011, which effectively ended the reign of lifetime alimony in
Massachusetts. The provisions of the newly revised Chapter 208 Section 34
define categories of alimony, and create guidelines setting time limits
of alimony. This new Alimony Reform Act (the Act) was the product of a prodigious
effort on the part of the Alimony Task Force, the Bar Associations, the
legislature, and a multitude of individuals and concerned groups – all of whom
found a genuine need to transform the ways that Massachusetts awarded alimony. The
Act is the first time that alimony law has been rewritten since 1974, and it represents
a compromise among many competing policies and interests. There are some changes
that all would agree are necessary and others that are controversial. Without
question, the Act will spawn much litigation. Over time, the Act will certainly
be clarified and interpreted by the courts resulting in new case law. There
are four distinct categories of alimony:

Reimbursement Alimony: Reimbursement
alimony is a short-term alimony that is granted when the marriage is less than
five years in length. It cannot be modified and may be a one-time payment or a
periodic payment. Its purpose is to compensate the recipient spouse for
economic and non-economic contributions or sacrifices to the financial
resources of the payor spouse, such as enabling completion of training or
relocating. Neither remarriage of the recipient spouse nor the death of the
payor spouse terminates reimbursement alimony.

Transitional Alimony: Transitional
alimony is a short-term alimony award that is granted in marriages up to five
years in length. It cannot be modified and may be a periodic payment or a
one-time payment. The periodic payment may not exceed three years. The
purpose of transitional alimony is to help the recipient adjust to the change
in lifestyle or location after divorce. As with reimbursement alimony,
neither remarriage of the recipient nor death of the payor terminates this type
of alimony obligation.

Note:  In considering
the impact of the new alimony statute, it is important to keep in mind that the
issue of alimony usually does not present itself where there are children of
the marriage and the combined income of the parties is less than $250,000 per
year. Child support awards take precedence over awards of alimony.
While parties may agree to label a portion of the child support “alimony” when
the payor’s income exceeds $100,000,  it
is most applicable to cases where the parties’ incomes exceed the Child Support
Guidelines (the current cap is a combined income of $250,000). Also, it is
important to understand that the Act addresses the issue of the amount of
alimony, providing  the following
guidance: “Except for reimbursement alimony or circumstances warranting
deviation for other forms of alimony, the amount of alimony should generally
not exceed the recipient’s need or 30 to 35 percent of the difference between
the parties’ gross incomes established at the time of the order being issued.”

Modification of
Alimony Orders and Judgments That Pre-Date March 2012:

Although
the Act was signed on September 26, 2011, it will not take effect until March
1, 2012. Many people have divorce agreements or judgments which may appear to
contradict the Act.

What
has changed under the Act is the creation of important additional grounds for
modification (provided that the agreement is modifiable and not a surviving
agreement). As mentioned above, cohabitation is a basis for modification
(decrease termination or suspension). More importantly, there are the two other
bases for modification: (1) age of the payor, and (2) duration limitations. Under
the Act, a payor who has attained full retirement age provided for in the
United States Old-Age, Disability, and Survivors Insurance Act is entitled to
terminate his alimony payments, unless the recipient is able to set forth
reasons for extension by clear and convincing evidence. The second newly-created
basis for modification of alimony is grounded in durational standards. The time
frames for filing such modifications are as follows:

At
first blush, the new Act seems a straightforward clarification of standards for
awarding alimony and setting duration limitations. However, as almost always
in the law, “the devil is in the details.” And there are many devils in this
legislation which were the result of a multitude of compromises. The very definition of “need of the
recipient” spouse is left open. The factors that the court must consider in
determining the appropriate type of alimony to be awarded has been expanded.
Case law will eventually provide a fuller understanding of new terms such as
“under employment,” “economically self-sufficient,” and “employability through
reasonable diligence and training.” What type of evidence will need to be
presented, and by whom, are issues that family law attorneys will be testing in
the coming years.

Exactly
how the durational limitations will be applied to agreements and judgments
which pre-date March 1, 2012 is unclear. For example, can a divorced payor (who
was married for less than ten years) file a modification action in 2014 even
though he will not yet have met the durational requirements under the Act but
his judgment has no termination date?

While
many will celebrate the passage of the Act, it will bring in its wake some unintended
consequences, such as the likelihood of increased litigation, centering on the
type of alimony to be awarded, and its amount.

Prince
Lobel’s experienced family law attorneys will be leaders in undertaking the challenges
posed by the Act and will be at the forefront in establishing new case law.

If you have questions about the Alimony Reform Act of 2011,
or any family law concern, please contact the co-chairs of the Domestic
Relations Practice Group, Nancy A. Freed or Donald G. Tye. You can reach Nancy
at 617 456 8006 or nfreed@princelobel.com,
and Donald at 617 456 8002 or dtye@princelobel.com.
Or, call 617 456 8000 to reach the other domestic relations attorneys,  including Anita Robboy, the author of this Alert. 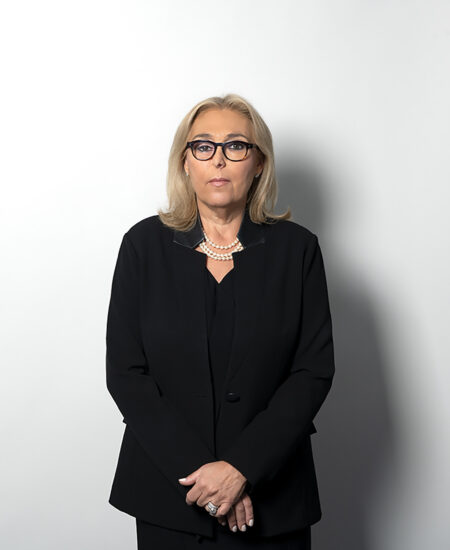