The Massachusetts Supreme Judicial Court’s decision in Decicco v. 180 Grant Street, LLC, SJC-12831 (May 11, 2020) confirms that a prevailing party on a special motion to dismiss brought pursuant to the lis pendens statute, G. L. c. 184, § 15(c), is also entitled to an award of appellate costs and attorney’s fees.

The Decicco case arose after the plaintiffs sought to enforce an offer to purchase a home developed and owned by the defendant. At the time the plaintiffs filed their complaint, they also moved for endorsement of a memorandum of lis pendens, which the Superior Court endorsed and the plaintiffs recorded with the Middlesex Registry of Deeds. Pursuant to Section 15(c) of the lis pendens statute, the defendant filed a Special Motion to Dismiss the plaintiffs’ complaint and dissolve the lis pendens. The Superior Court granted the defendant’s motion and awarded the defendant attorney’s fees pursuant to the statute, which states in relevant part that “[i]f the court allows the special motion to dismiss, it shall award the moving party costs and reasonable attorney’s fees, including those incurred for the special motion, any motion to dissolve the memorandum of lis pendens, and any related discovery.” The plaintiffs subsequently appealed the dismissal of their complaint, but not the award of the attorney’s fees.

The defendant appealed the Appeals Court’s denial of appellate costs and attorney’s fees to the Supreme Judicial Court. The defendant argued that G. L. c. 184, § 15(c) mandates an award of appellate attorney’s fees and costs on a successful special motion to dismiss that is affirmed on appeal and that the Appeals Court incorrectly exercised discretion in denying the defendant’s request. The defendant argued that because the pertinent language of G. L. c. 184, § 15(c) is virtually identical to that contained in the Massachusetts anti-SLAPP statute, G. L. c. 231, § 59H, which the Supreme Judicial Court had interpreted to require fees be awarded on appeal, the lis pendens statute similarly required that appellate costs and attorney’s fees be awarded as well.

On appeal, the Supreme Judicial Court agreed with the defendant and held that G. L. c. 184, § 15(c) also applies to appellate attorney’s fees. The court held that like the anti-SLAPP statute, the lis pendens statute is “is designed to weed out groundless litigation early on, and both are designed to ensure that the successful defendant is made whole by being reimbursed for the legal fees it has incurred in its defense of the summarily dismissed case.” While the court acknowledged that other statutes provide for attorney’s fees in the trial court, are silent as to appellate attorney’s fees, and do not necessarily require an award of appellate attorney’s fee, the court stressed “the context” in which claims arise under the anti-SLAPP and lis pendens statutes. Like the anti-SLAPP statute, the lis pendens statute provides an expedited procedure – the special motion to dismiss – to challenge an action and protect certain rights. The court held that given that the Legislature provided a special and specific means to raise an early defensive challenge and provided for an award of attorney’s fees when that challenge is successful, “it reasonably follows that the award of fees ought to apply at every stage, whether in the trial or appellate court.”

The Decicco decision puts to rest any existing confusion as to whether G. L. c. 184, § 15(c) also applies to appellate attorney’s fees. The decision should further caution any litigant who seeks to unjustifiably assert a claim of title on real property, and then compound their mistake by instituting an appeal.

Chris Miller is a senior associate at Prince Lobel and the author of this alert.  He can be reached at cmiller@princelobel.com; 617-456-8083. 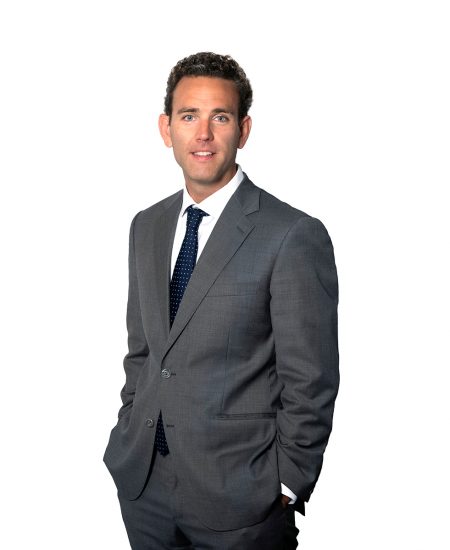