Donald G. Tye is a founding partner and co-chair of the Domestic Relations Practice Group at Prince Lobel Tye LLP in Boston (a multi-practice firm which handles matters of local, regional, national, and international reach). He has forty years of experience as a trial attorney, a guardian ad litem, a master, a mediator, a conciliator, an attorney for children (including the Massachusetts ARC program), and an arbitrator. He has prepared and argued numerous cases to the Massachusetts Appeals Court and the Supreme Judicial Court.

Mr. Tye is a fellow of the American Academy of Matrimonial Lawyers (AAML). He was national co-chair of national AAML’s legislation committee; during 2009 and 2010 he served on its Special Concerns for Children Committee, which was responsible for updating and revising the AAML’s Standards for Attorneys for Children in Custody or Visitation proceedings.; In 2014 he was appointed to AAML’s Impact of Special Needs Children Committee; and in 2013, 2015, and 2017 he was appointed to be a member of its Continuing Legal Education Committee. He was president of the AAML Massachusetts chapter from 2005 through 2007 and received the Massachusetts chapter’s “President’s Award” in 1998 and 2004. He was named a member of the International Academy of Family Lawyers in 2020.  Since 1999, he has been a member of the family law curriculum advisory committee of Massachusetts Continuing Legal Education and was co-chair from 2006 through 2008. He is a member of the Family Law Section of the American, Massachusetts, and Boston Bar Associations and was appointed to the MBA Family Law Section council, on which he has served since 2010. He is an editor emeritus on the board of editors of Massachusetts Lawyers Weekly.

His work has also been published in the Massachusetts Family Law Journal, the Boston Bar Journal, the ABA’s Family Advocate, Massachusetts Bar Lawyers’ Journal, Best of Massachusetts Continuing Legal Education Journal, and ABA Family Law Quarterly. A frequent lecturer and panelist, he has lectured and conducted workshops and seminars in the areas of trial practice, divorce, and child-related issues at Harvard Law School; Boston College Law School; Northeastern University Law School; Suffolk University School of Law; MCLE and its Family Law Institute; Brown University Medical Center; Boston University Graduate School of Social Work; the American Psychological Association; the Boston public schools (Partners in Education, Inc.); the Maine, Massachusetts, and Boston Bar Associations; the ABA Family Law Section annual meetings in Jacksonville, Florida, in 2011, and in 2015 for the ABA Family Law Section Fall CLE in Portland, Oregon; the AAML annual meeting in Chicago in 2013, and in 2015; the Massachusetts Academy of Trial Lawyers; the Massachusetts Association of Guardians Ad Litem (MAGAL), and in 2017 at the AAML AFCC Conference “Advanced Issues in Child Custody: Evaluation, Litigation and Settlement” in San Diego, CA, and at the Annual Meeting in Chicago of the AAML CLE he co-presented on “the Intersection of Alienation and Custodial Issues.”

He has also been named as one of the “Top 100 Lawyers in Massachusetts” as featured in Boston Magazine and as a “Top Attorney in New England” by New England Super Lawyers. He was coeditor of the “Domestic Relations” chapter in Summary of Basic Law, a selection of the Massachusetts Practice Series (published by West Publishing Company), was editor of the “Divorce” chapter in the Massachusetts Bar Association publication, Traps for the Unwary, and in Fall 2017 his article “Preferences and Voices of Children in Massachusetts and Beyond” was published in the ABA Family Law Quarterly. The article he co-authored, Navigation of the Culture of the Immigrant Experience in the Family Courts, will appear in the in Fall 2017 Journal of the American Academy of Matrimonial Lawyers. Mr. Tye is a graduate of Washington University in St. Louis School of Law, and its Brown School of Social Work (M.S.W.),and Tufts University.

In May 2018 he received MCLE’s Annual Scholar- Mentor Award for his life time contributions to Family Law in Ma. (Four of these awards are presented annually by the premier CLE program in Massachusetts among all fields of practice among Ma. lawyers).

On the pro bono front, he continues to be appointed as Attorney for Children (court-appointed through the Attorneys Representing Children – ARC program- in multiple counties) and as Guardian Ad Litem state wide, doing clinical investigations in high conflict custody cases and as testimonial GAL to determine whether a child’s privilege should be waived so the investigative GAL can interview the child’s therapist.

Attorney Tye was re-appointed for an 8th term on the MBA’s Family Law Section Council, and was selected in 2021-2 to be Legislation Committee Co- Chair (and have regular contact with counsel, judges and legislators, state-wide, drafting and promoting family law legislative reform) .  In 2021-2 he was selected as Chair of the Education Committee of the Massachusetts Association of Guardians Ad Litem Education Committee 2021-2, which organizes and presents CLEs and provides marketing exposure to the mental health and legal communities state and nationally with our virtual conferences drawing 150-175 participants. He was also elected to the Board of Managers and Board of Examiners, of the American Academy of Matrimonial Lawyers (MA), and a Lifetime Fellow of the AAML Charitable Foundation. He was also elected as a Fellow of the International Academy of Family Lawyers, and will be engaged in more cases in international and Hague Convention parenting disputes.

Attorney Tye was re-appointed for the 19th year as a member of the Family Law Curriculum Advisory Committee at MA Continuing Legal Education, Inc.  (this committee plans all family law MCLE programs), and he plans on organizing and co-chairing a program in 2022 on “equitable distribution and intellectual property”, and was invited to participate in MCLE’s Financial Summit two-day CLE in February,  2022.

HeI was invited to present and chair state-wide and national CLE programs during 2020-21, including:

Attorney Tye organized the Family Law Joint Legislative Task Force in the Fall of 2018 to help champion important family law initiatives including; the UCCJEA, the consequences of the Trump Tax Reform (TCJA) to alimony in MA; the Family Law Arbitration Act; and the Model Parentage Act. We have delegates from the MBA, BBA, WBA, AFCC, AAML, MAGAL, MA LGBTQ Bar, MA Law Reform Institute, and from the Admin Office of the Probate and Family Court. Our overall intent is to draft, and promote legislation in the family law community, by consensus, and testified as a group twice in 2021 to present a united front to the MA Legislature’s Joint Judiciary House/Senate Committee. We have become a resource for family court judges.

He was invited to submit an article for publication for the national ABA Family Advocate and my article Immigration Bias in Family Law Practice, with Hon, George Phelan and Atty. Annelise Araujo, will be published in January 2022.

He was invited to be Editor and author of the re-written 6th edition  of MCLE’s Family Law Series  publication, How to Try Divorce Cases in Massachusetts, and the 500+ page book was published in October 2020, along with its updated companion Mock Trial Book by MCLE Inc. In October 2021, I was invited by MCLE to chair (for the 32d consecutive year) the How to Try course, on zoom, with over 150 attendees on three webinars and live, with a panel including Judge Janene Rivers and a faculty of 9 lawyers and 3 prominent business and real estate experts state-wide for the day.

Named a Fellow of the International Academy of Family Lawyers 2020. 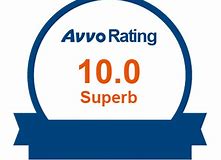 As a member of the board of editors of Massachusetts Lawyers’ Weekly, (where he is now editor emeritus), Donald has written numerous editorials on subjects relating to domestic relations law and policies. His work has also been featured in publications such as The Massachusetts Family Law Journal, Boston Bar Journal, Family Advocate, and Best of Massachusetts Continuing Legal Education Journal.

This year, 35 Prince Lobel attorneys were named to the 2020 Massachusetts "Super Lawyers" list. …