As part of its 2011 patent reform effort embodied in the America Invents Act (“AIA”), Congress introduced new avenues to challenge patents after issuance.  Perhaps no aspect of the AIA has had a greater impact on patent litigation than Inter Partes Review (“IPR”), which replaced Inter Partes Reexamination as the adversarial process to challenge the validity of an issued patent in a much speedier and more efficient manner.   These challenges are filed with the Patent Trial and Appeal Board (“PTAB”), which, upon deciding to institute review, must complete the process in 12-18 months.  The results have been less than satisfying for patent owners, as they have seen their district court patent cases stayed pending the IPR process and, worse, have seen their patents invalidated at such a rate that former Chief Judge Rader has called the PTAB the “death squads killing property rights.”  Some relief appears on the way (with the hope of more from the Supreme Court) via changes in the rules for post-grant procedures issued by the Patent and Trademark Office (“PTO”) on April 1, 2016.  The changes took effect on May 2, 2016.

At least two of the changes should bring some balance to the review process.  While the first only impacts patents facing expiration during an IPR, it does recognize the issue of having two different standards for construing patent claims, one at the district court and the other at the PTAB.  The second levels the playing field to a certain extent in the phase before the PTAB decides to institute an IPR, as patent owners are now permitted to submit testimonial evidence in response to a patent challenger’s IPR petition.  Prior to this change, patent owners did not have a chance to counter expert declarations submitted by petitioners prior to the institution of an IPR.  From a tactical perspective, this is significant as avoiding the institution of an IPR has proven often to be the best way to survive a post-grant challenge.

Since the creation of the IPR process, the PTAB has used a different, and broader, standard than the district courts in construing the meaning of a patent’s claims.  District Courts construe patent claims using the framework articulated by the Federal Circuit in its Phillips decision:  the meaning a term would have to a person of ordinary skill in the art in question at the time of the invention.  On the other hand, the PTAB gives claim terms their broadest reasonable interpretation (“BRI”), the same standard used in the original examination of a patent application.  The BRI standard allows for broader definitions of claim terms when validity is the only issue being litigated, making it easier for patent challengers to succeed.  This allows an accused infringer to argue for a narrower construction in a parallel proceeding in the district court as part of a non-infringement defense.

In the much-watched Cuozzo Speed Technologies v. Lee, the Supreme Court is examining whether this difference in standards should be maintained.  Chief Justice Roberts recognized the problem at the August 25, 2016 oral argument, noting “it’s a very extraordinary animal in legal culture to have two different proceedings addressing the same question that lead to different results.”  Perhaps anticipating the arguments made in the Cuozzo case, the PTO has now changed the rules to deal with this difference in standards in certain cases.

The PTO’s April 1st change provides a limited exception to the rule that the BRI applies.  Specifically, by certifying that the patent at issue will expire within 18 months of the entry of the Notice of Filing Date Accorded to Petition, either party can request a Phillips-type claim construction standard.  The request must be made within 30 days of the filing of the petition, before the patent owner’s preliminary response.  While the narrow factual application of the rule means that the patent community continues to eagerly await the Cuozzo decision, it does show recognition by the PTO that certain circumstances merit a Phillips-type claim construction.

second rule change continues the trend towards greater emphasis on the pre-institution phase.  By allowing patent owners to submit testimonial evidence with their preliminary responses, the change addresses an imbalance in battling IPR petitions before they are instituted.  Specifically, this rule change allows for this evidence, which can include expert testimony, to be considered by the PTAB in deciding whether or not to institute a trial.  To address concerns that this may tilt the field too much the other way by allowing patent owners to create an issue of fact and a denial of the petition, the PTAB must resolve genuine issues of fact created by this testimonial evidence in favor of the petitioner in making the institution decision.  The PTAB also has the discretion to order discovery, which includes cross-examination, before institution.

While the rule changes may not be as sweeping as patent owners would like to see, they do show recognition by the PTO that the patent invalidation rates have been far too one-sided during the AIA’s post-grant regime.  The patent community’s eyes now turn to Cuozzo.

If you have any questions about the information presented here, please contact  Robert R. Gilman, at 617 456 8017 or  rgilman@princelobel.com. 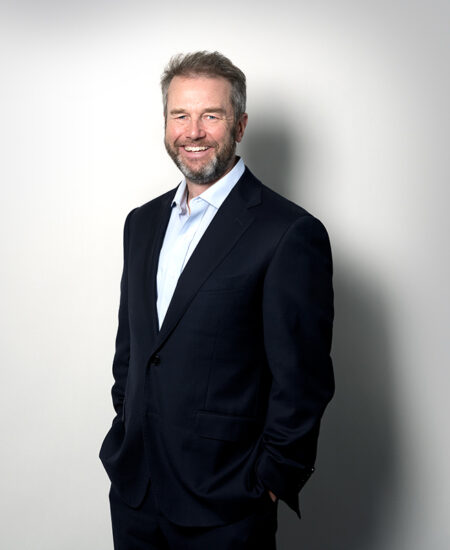