Expanding International Trade Regulation May Apply to You

International trade regulation increasingly affects virtually all businesses and institutions in today’s globalized and internet economy.  Whether a business or university exports (and to lesser extent, imports) physical products, services or software, applies for patents, employs foreign persons, has foreign students, seeks foreign investment, is acquired by a foreign company or even posts open source software or technology on the internet, the goods, services, software, technology and information are regulated.  The degree of enforcement and the scope of law have varied from administration to administration, so many companies have not previously been aware that their businesses may be subject to international regulation. In addition, the scope of regulatory control has recently expanded significantly under the Trump administration and with the 2018 passage of the Export Control Reform Act and the Foreign Investment Risk Review Modernization Act (FIRRMA).

This Client Alert is an introduction to this thicket of regulation administered by (among others) the Departments of State, Defense, Homeland Security, Commerce, and Treasury, as well as an inter-agency group, the Committee on Foreign Investment in the United States (“CFIUS”). This alert will be a part of a series of Client Alerts on this subject.

Punishment and Penalties.  Violations of international trade regulations can result in a waterfall of criminal and civil penalties, penalty calculation formulas, prison terms, forfeitures, denial of export privileges and other adverse consequences, only a few examples of which are provided here.  Failure to make a mandatory CFIUS filing, for example, carries a civil penalty up to $250,000 or the value of the transaction, whichever is greater.  Violations of certain export controls are punishable with criminal fines of up to $1,000,000, prison terms of up to 20 years and civil penalties up to $300,000 or twice the value of the transaction, whichever is greater.  The Arms Export Controls Act (AECA) and the International Traffic in Arms Regulation (ITAR) provide that willful violations can be fined up to $1,000,000 per violation, ten years of imprisonment, or both, in addition to civil penalties up to $500,000 per violation. The Treasury Department’s Office of Foreign Assets Control (“OFAC”) publishes a list of Specially Designated Nationals and Blocked Persons (among other lists), with whom business is prohibited.  So far this year OFAC has reached settlement agreements for penalties in the amounts of $12,150, $1,125.000 and $7,829,640 for prohibited transactions with such persons.

Liability of Boards of Directors and Management.  Boards of directors and management are at risk under corporate law if they fail to adequately oversee and effectuate, respectively, company compliance and risk management. Such risks are in addition to punishments and penalties provided by international trade statutes and regulations.

Exports.  With certain exceptions, all products, services, software, technology and information are covered by U.S. export controls.  Some are specifically described and given Export Classification Control Numbers (“ECCN”) and are subject to licensing restrictions and exceptions.  Many items are not specifically described but are still covered and given the ECCN “EAR99.”  A third category, items that are specifically excluded (such as those in the so-called “public domain”) must often still comply with notification and certain requirements in the export regulations.  A fourth area includes items designed for military use, and these are covered by International Traffic in Arms Regulations (“ITAR”).  Exporting includes “re-exports” and “deemed exports.”  The good news is that most items, although covered, can be exported with little or no licensing requirements.  The more challenging news is that under the Trump administration and 2018 Congressional legislation, covered items that were previously essentially free of export restriction are being increasingly regulated.

Imports.  Historically the Commerce Department has focused on export control, but that too is changing.  For example, the Commerce Department recently proposed restrictions on certain imports in the so-called Information and Communication Technology and Services (“ICTS”) supply chain.  These restrictions are most likely to affect such businesses as telecommunication service providers, exchange carriers, internet service providers, software providers (e.g. platform as service, software as service) and telecommunications equipment manufacturers.

Investments.  If foreign investors are participating in your financing, your transaction should be reviewed with CFIUS in mind.  FIRRMA expanded the scope of transaction subject to CFIIUS review to certain non-controlling foreign investments. CFIUS has the power to unwind or modify certain investments, and mandatory pre-deal filings are required in certain cases (e.g. foreign government-controlled investment and technology and science businesses), and pre-deal filing with CFIUS should be considered in others.

Acquisitions.  If you are being acquired by a foreign entity, your transaction should be reviewed with the CFIUS in mind.  CFIUS has the power to unwind or modify certain acquisitions, and voluntary pre-deal filings should be considered in certain cases.

Real Estate.  If  you are selling, leasing or granting concessions in real estate to foreign persons, your transaction should be reviewed to determine if CFIUS may review the transaction because the real estate is near (in some cases within 100 miles of) government and other sensitive facilities.  CFIUS can unwind or modify these transactions.

Employees and Students.  If you have foreign employees or students, the export regulations apply to their work in the U.S. as if you were exporting to the countries of which they are citizens (a “deemed export”).  If, for example, you cannot export certain technology without a license to a foreign country, you cannot disclose that technology in the U.S. to a student citizen of that country without a deemed export license.

“Persons of Concern” – Know Your Customer (and theirs).  Whatever the categorization of your products, services information and technology may be, there are restrictions on exporting (including deemed exporting and re-exporting) them to certain individuals, entities and countries.  Some of these restrictions are absolute prohibitions, and some include licensing requirements.  Each agency publishes one or more lists of individuals, entities and countries.  The lists relate to military security, arms proliferation, nuclear proliferation, terrorism, boycotting of allies, (e.g. Israel), economic security and others.  Most business transactions do not involve these “persons of concern,” but the lists should be checked.  For example, the addition of Huawei to the Commerce Department’s Entity List was a surprise to many and resulted in the need for companies doing business with Huawei to become very familiar and stay current with the Commerce Department licensing requirements focused on that entity.

More Regulations Now Frequently Issued and Forthcoming.  As breathtaking as the recent changes in international trade regulation have been, even more extensive regulations are under development.  Restrictions on “critical technology” transfers under so-called “Pilot Program Covered Transactions” have now been incorporated into final regulations.  The final regulations, however, are still missing an extensive list of the technologies to which they apply. These regulations will affect companies in many industries, such as electronics, computers, biotechnology, chemicals, nanotechnology, nano biotechnology and telecommunications, to name a few.   In addition, while the Commerce Department is working on the comprehensive lists, it is also issuing isolated technology regulations covering, for example, particular artificial intelligence and “information and communication technology and services.”

Thoughts for 2020.
This alert is only a summary, highlight discussion of how international trade regulation may affect you.  It is intended to raise awareness and is not legal advice.  At a minimum, any transactions with foreign persons should be reviewed with counsel for possible regulatory implications.  For example, even at the most basic level, your routine operations, due diligence procedures, sales contracts (not to mention, financing, acquisition and real estate contracts) and compliance programs may need updating, and if you plan to buy or sell your business, you will need to be concerned about successor liability.

Russ Hansen (617.309.6096);
rhansen@princelobel.com is a member of the Prince Lobel Corporate Practice Group. 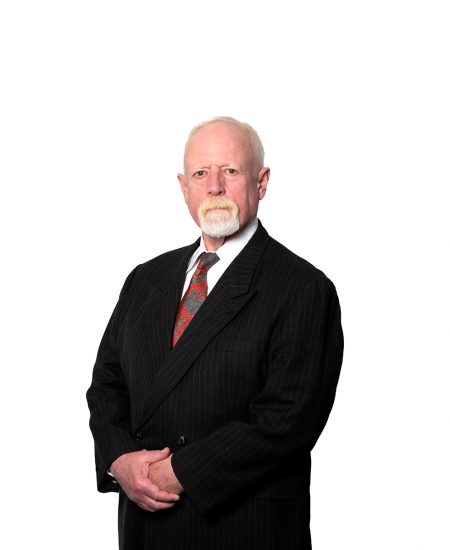