Jeffrey J. Pyle is a trial lawyer who represents clients in a wide variety of cases, including First Amendment litigation, multimillion dollar business disputes, libel claims, criminal cases, and civil rights matters.  Jeff has argued appeals in both state and federal courts, including the United States Court of Appeals for the First Circuit, the Massachusetts Supreme Judicial Court, and the Massachusetts Appeals Court.

Jeff is the practice group leader for Prince Lobel’s Media, Publishing and First Amendment Law team.  As part of his practice, Jeff represents newspapers, magazines, and investigative journalism organizations in cases involving alleged defamation, access to government documents, subpoenas to identify sources, and sealed court records.  He also provides prepublication review services to media companies, advising them on how to avoid liability in reporting the news.

In 2016, Jeff argued an important appeal to the First Circuit on behalf of an online publisher, obtaining dismissal of civil claims pursuant to Section 230 of the Communications Decency Act.  In 2015, Jeff and Prince Lobel partner Joseph D. Steinfield successfully represented the Massachusetts Bay Transportation Authority at the First Circuit in a challenge to the MBTA’s rejection of certain advertisements.  In 2012, Jeff obtained a favorable ruling from the Massachusetts Supreme Judicial Court on behalf of a business seeking access to sealed affidavits that had been filed in support of a search warrant.  In 2007, he and Joe Steinfield tried a lengthy First Amendment case on behalf of a businessman against officials of the Puerto Rico Department of Insurance, securing a $5 million verdict that was upheld by the First Circuit.

In 2016, Jeff and Prince Lobel partner Hugh Gorman III were recognized as Lawyers of the Year by Massachusetts Lawyers Weekly for their representation of Federal Concrete, a woman-owned concrete company.  On Federal’s behalf, Jeff and Hugh brought a constitutional and statutory challenge to the Commonwealth’s practice of permitting non-disadvantaged individuals to participate in a construction set-aside program for female- and minority-owned firms.  As a result of a preliminary injunction they obtained, disadvantaged construction companies were given new opportunities to compete for government contracts.

Jeff frequently represents journalists seeking access to public records and court filings.  For example, in 2019, Jeff successfully represented a public radio station in its efforts to unseal a list of the names and addresses of jurors after the completion of a criminal trial, obtaining in a favorable ruling at the First Circuit. The same year, he represented a coalition of news organizations in bringing a successful motion to unseal a complaint alleging that a pharmaceutical company’s actions contributed to the opioid crisis. Jeff also helps reporters negotiate for access and appeal from the denial of requests under the Massachusetts public records law.

Jeff has handled many cases under the Massachusetts Anti-SLAPP law, which protects citizens and writers against lawsuits aimed at intimidating their exercise of the right to petition the government.  In 2012, working as a cooperating attorney with the ACLU of Massachusetts, he secured dismissal of a defamation claim brought by the owner of a racetrack against a critic of expanded casino gaming, in the first known application of the Massachusetts Anti-SLAPP law to a social media post. 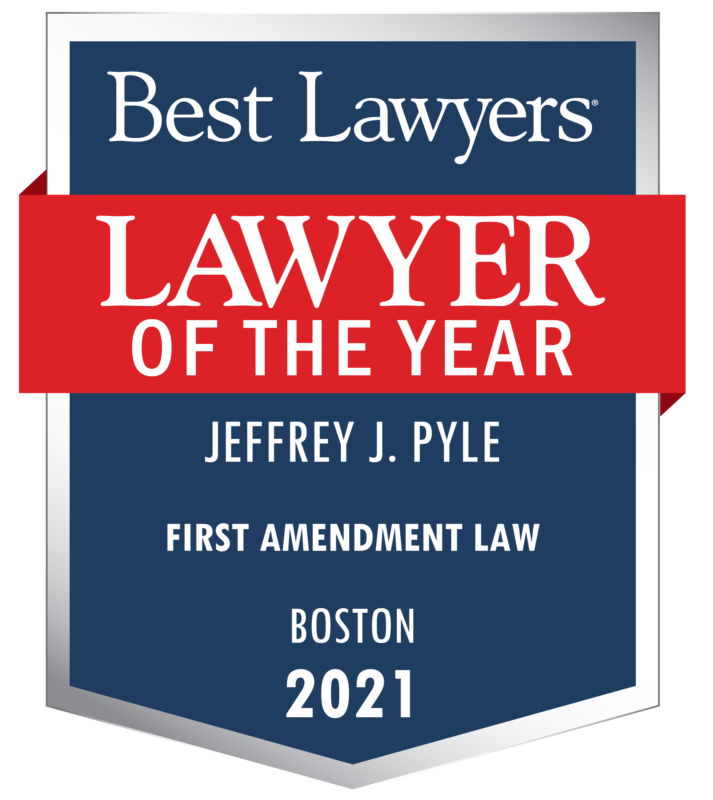 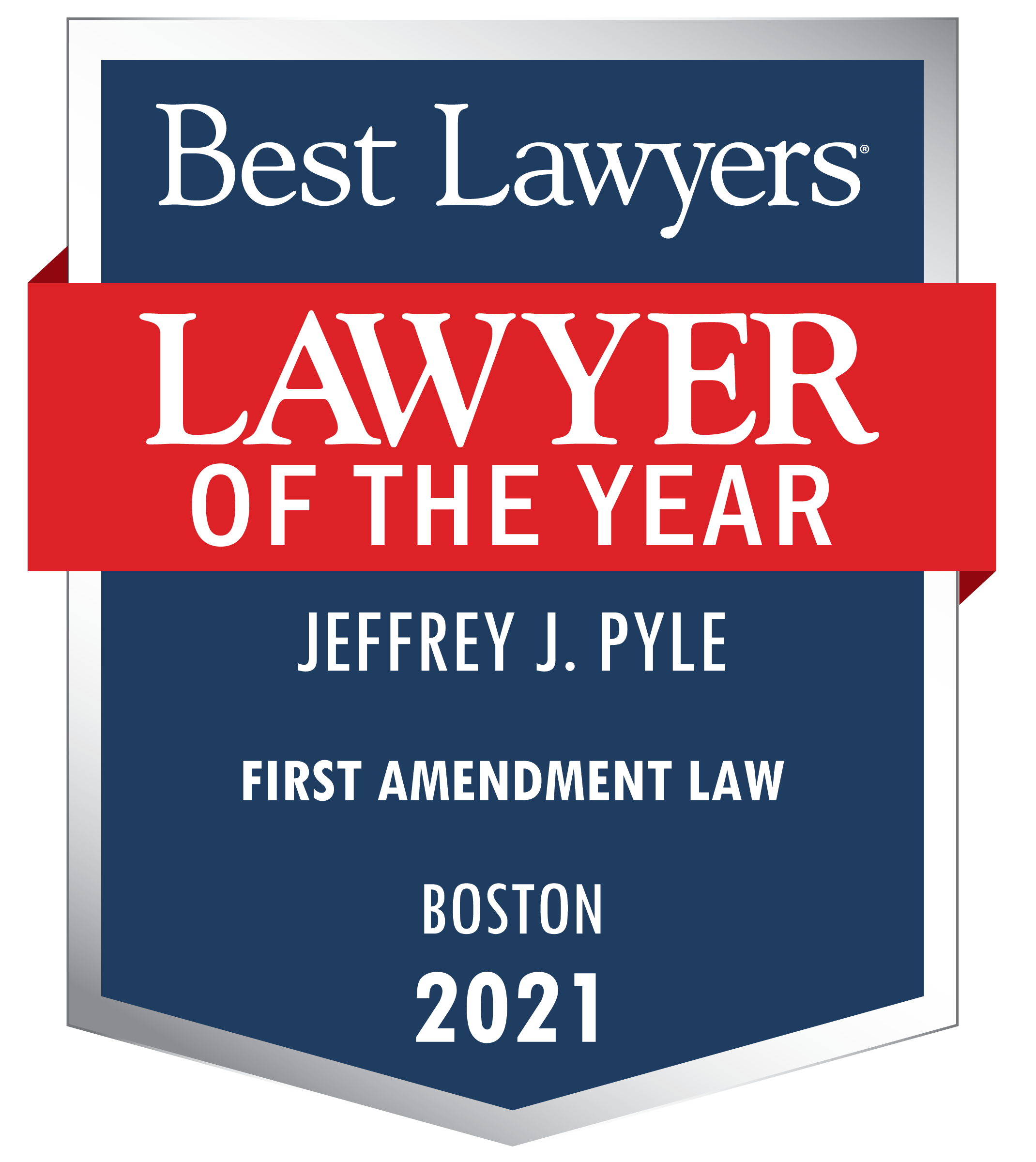